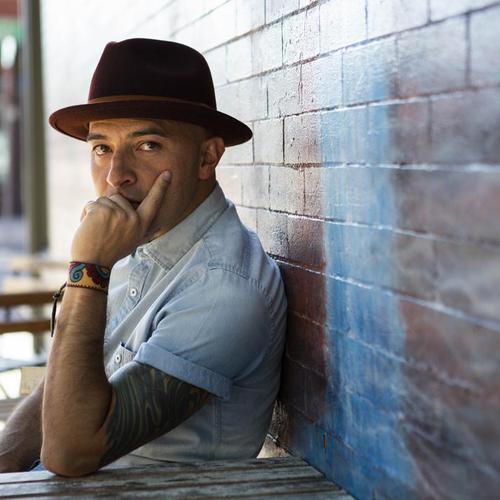 Talks covered by this speaker

In 2004, LeFebre co-founded a now transitioned award-winning nonprofit organization, Cafe Cultura, which was dedicated to utilizing poetry as a tool for youth literacy and educational and cultural development. Café Cultura used spoken word workshops, classes, and open mics to hold space for, center, and uplift marginalized voices—specifically Latinx and indigenous voices—across the Denver Metro area.
LeFebre is a two-time Grand Slam Champion, a National Poetry Slam Finalist, an Individual World Poetry Slam Finalist, and a two-time TEDx speaker. He has performed at hundreds of cultural events, social actions, detention centers, conferences, and colleges and universities across the United States and abroad.

Holding a bachelor’s degree in Psychology from the Metropolitan University of Denver and a master’s degree in Arts and Culture from the University of Denver, LeFebre is a Fellow of the National Association of Latino Arts and Cultures Leadership Institute, the National Association of Latino Arts and Cultures Advocacy Institute, and the Intercultural Leadership Institute. LeFebre received the Cesar Chavez Peace and Justice Community Award, the MSU Distinguished Alumni Award, the MSU Chicano Studies Award for Commitment to Education, the MSU Statement maker award, and was named one of Colorado’s Top Creatives by Westword Magazine. In 2017, LeFebre was appointed by the Mayor of Denver to serve a two year term as Co-Chair of the Denver Commission on Cultural Affairs

LeFebre wrote the award-winning play, Northside, which was applauded as one of the most successful local theater productions in Denver’s history. Premiering at Su Teatro Cultural and Performing Arts Center, the production intimately addressed the conflict of gentrification in Denver. The production sold out an unprecedented 30 shows, with over ten-thousand people attending. LeFebre stated "Northside" served as "an unapologetic celebration of cultural preservation and permanence and a eulogy to things lost." He called it "an urban-colloquial story of power and privilege, unflinching love, and the innate human need to belong somewhere." The production led to LeFebre being named Colorado Theatre Person of the year. In 2019, Governor Jared Polis named LeFebre Colorado’s 8th Poet Laureate, making him the youngest and first ever person of color to be appointed to the prestigious position in the program’s 100 year history.